Countries like Japan, America and some European countries started the research and application of river control technology in the early 50s of the 20thcentury. The way they use to manage the river water included ecological protection and environmental governance etc. They also considered the engineering measures with water environment and social environment. With the climate change issue and water pollution problems, the river eco-restoration became an international hot spot after 1980s. 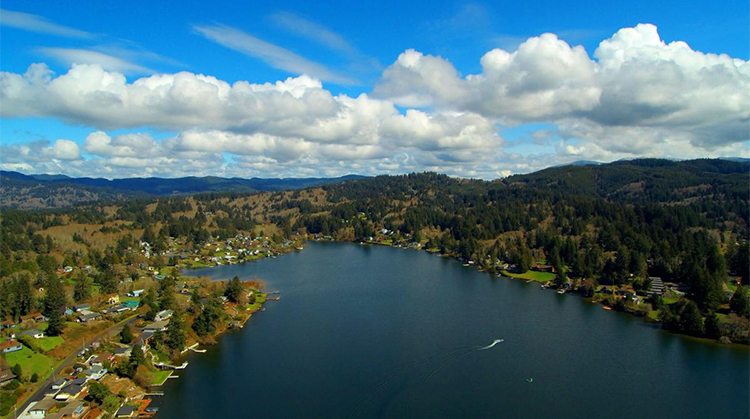 For the water in rivers and lakes in our communities that flow to our drinking water to be clean, the streams and wetlands that feed them need to be clean too. Protecting our water sources is a critical component of adapting to climate change impacts like drought, sea level rise, stronger storms, and warmer temperatures, which is why we have to act to protect these important waters, so we can strengthen our economy and provide certainty to our businesses.

As an important subsystem of urban environment, urban river offers many kinds of ecological services which benefit the citizens.  However, with the acceleration of urbanization and rapid development of economy, urban river pollution problem are becoming more and more critical. 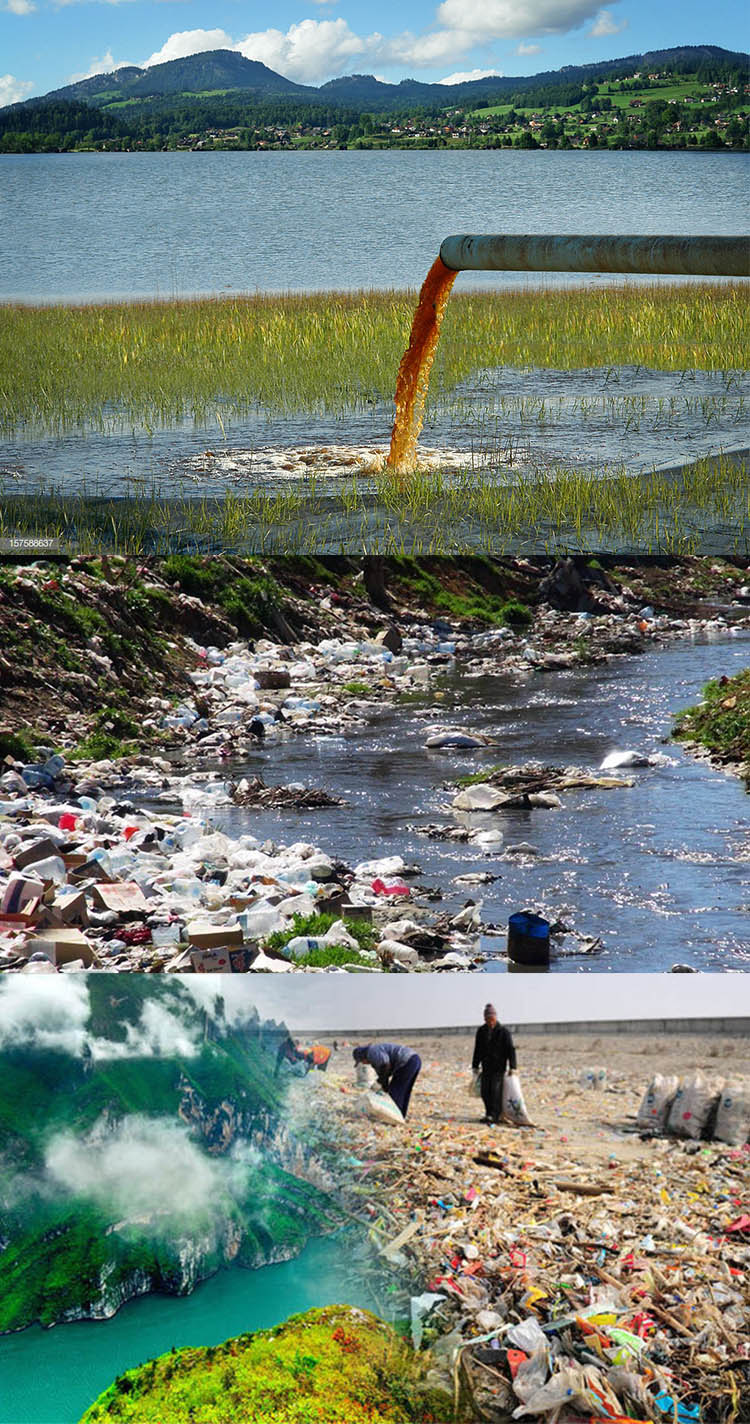 With the rapid development of economy and the acceleration of urbanization, the river has been polluted so badly that the function of river as resources was lost and the urban ecology and water environment are seriously deteriorated. The problems of urban river pollution and ecological damage are becoming more and more critical. According to the statistics, by the early 20thcentury, there is not almost a complete natural river in the world. Therefore, it is urgent to develop a cost effective technique to manage the river water quality.

But how to make river water clean again? There are many ways to do so. Among these ways, there is a critical factor that we should all consider, that is, how to make water "breath" again? Only with appropriate amount of oxygen, the bacteria's process of metabolism can proceed regularly and normally. In this case, the micro bubble generator comes in handy.

What is microbubble exactly?

In nature, micro bubbles are a kind of very small bubbles whose diameter is less than 25 micrometers in size and larger than 2. In the bubbles, there is mainly air, so the bubbles can remain suspended in the water for a long time. With the time going on, the air inside the bubble will dissolve into the water so that the bubbles will disappear. These micro bubbles carry negative electrical charges because of their extremely small size. Due to the negative charges, the bubbles will attract suspended particles effectively. Along with ultra sound vibrations and cavitation, suspended matter and floating particles will be separated and discharged from the river for a thorough cleaning result. After the stains are being removed, oxygen can find its way to boost the microorganism's metabolism and quickly recover the polluted water. 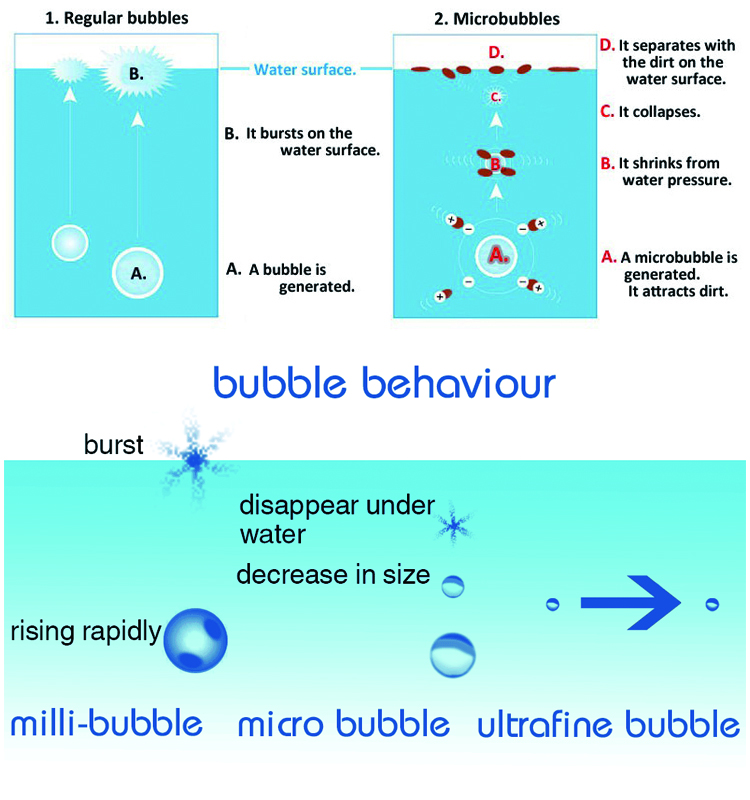 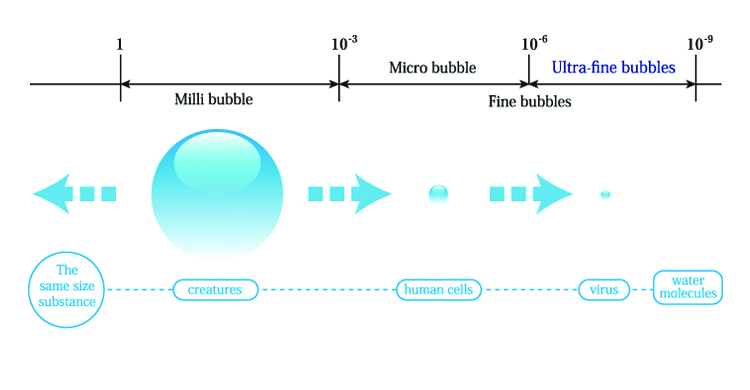 Compare to other approaches to remedy the polluted water in rivers, physical remediation has its own advantages such as environment-friendly, not causing secondary pollution and etc. Besides, aeration can restore and enhance the growth and the vitality of micro-organisms to improve the water quality. The aeration technology is a simple and effective method which began to be utilized in river remediation a long time ago. In practical applications, many factors should be taken into account, such as channel conditions, source characteristics, water quality improvement requirements, etc. and the fixed aeration, mobile aeration and water aeration are selected limberly when it can be achieved to deal with the sudden pollution for improving water quality over a short period. Since the 1960s, the mobile oxygenation platform was used as well as the fixed aeration station in the river aeration, which was the common method and was applied in some countries.

But how to make a massive amount of micro bubbles in the river water? This is where micro bubble generator comes in handy. The micro bubble system we manufactured can operate automatically and effectively outside. The only thing you need do is power the system up. With time control meters, the system can be set to be shut down after a period of operation. 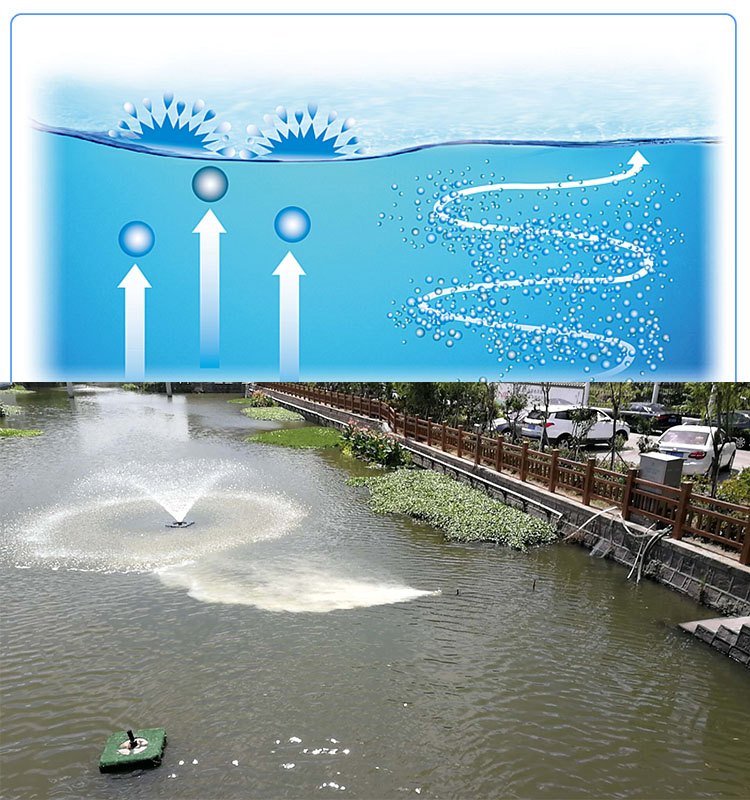 Presently, the research and practical applications showed that the artificial aeration can improve water quality effectively. The river aeration technology has been used successfully in the treatment of the Oeiras River in Portugal, the Emsche River in Germany, Thames River in the UK and Homewood Canal in U.S. 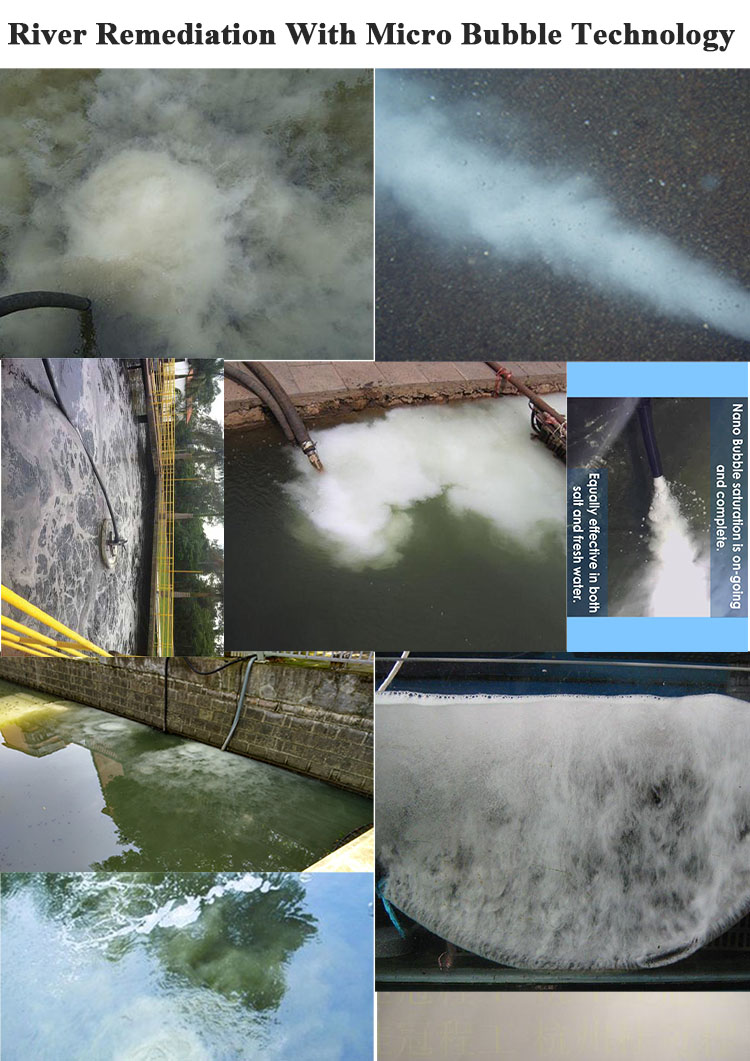 The aeration equipment was utilized in the treatment of Homewood Canal of U.S. in 1989, which increased the dissolved oxygen in bottom water and by which the biomass of river became enriched. The river aeration was used to improve the water quality effectively in Germany in 1994. The river aeration technology was used to eliminate the phenomenon of black-ordor of water thoroughly in Busan, South Korea.

In order to improve the environment, eight aeration equipment were placed in Qing River with each power of 11.025 Kw during Beijing Asian Games as early as 1990, which made the level of dissolved oxygen rose from 0 to 6mg/l, and the removal rate of eBOD5 also reached 60%. This process almost eliminated all odors in the river. Shanghai Academy of Environmental Sciences set some aeration points in the river channel to conduct the experiment of water aeration and bioremediation. In this experiment, the dissolved oxygen level of the water body which was in anaerobic condition originally increased significantly, and the growth of the indigenous aerobic microorganisms was stimulated greatly, and the removal rate of organic pollutants in water was up to 10.7% ~23%. The concentration of BOD5 and NH4+-N decreased by 2.492mg/L, 1.217mg/L and 0.322mg/L after aeration in the Guancheng downstream section of the Dongguan Canal. A research team conducted a pilot study on aeration in Shanghai Suzhou River by using BIO method. The results showed that the pure oxygen aeration could reduce the CODcr of the black-ordor water and the removal rate could reach from 19.5% to 56%. 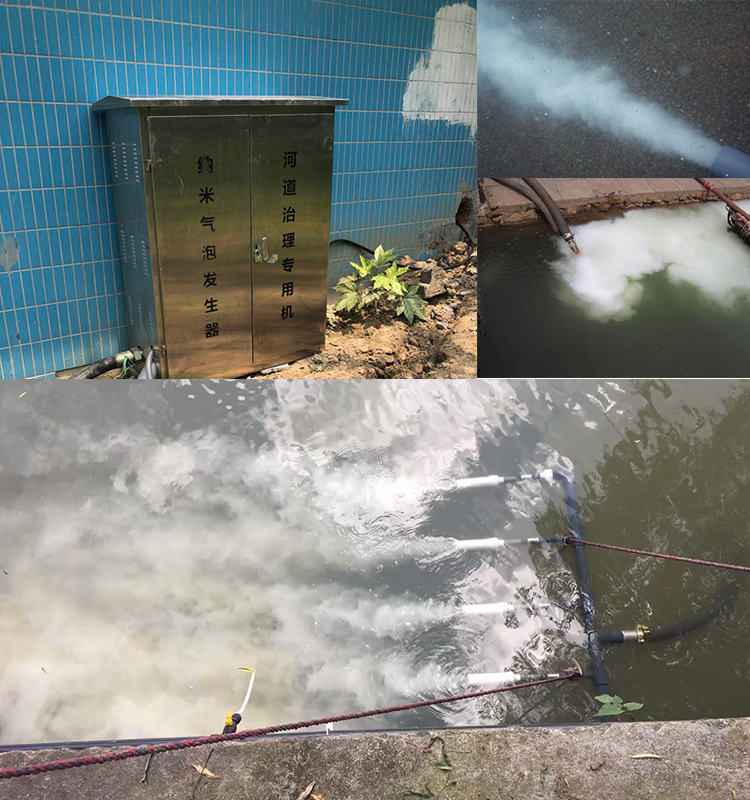 EDON is the manufacturer of micro bubble system, we can provide OEM, befor & after sales service and customization. We sincerely welcome your inquiry. If there is any problem and you just want to know more about the system, please feel free to contact us.

Edon is the manufacture of all models of the micro bubble generator listed above and its related products. Our factory is in Shanghai City. We welcome our customers from all over the world to visit our factory.

The percentage of dissolved gas in the liquid is between 10% - 15%.

4.       Can you provide special requirements from customers?

Yes. We can provide specific solution to your actual requirements. For instance, if you want to use the products to cultivate aquacultures in the sea water and you need special anti-corrosive material to protect the machine, we can customize the machine with SUS 316 or dual-phase steel. Also please name your special requirements about the voltage and electricity frequency. A kind remind here, motors manufactures in China normally is 50Hz.

We can deliver the products as soon as we confirmed your payment. This usually take 2-5working days for bank to verify the payment.

Yes off course. The products price benefits from quantity production. Please contact for more information about this.

Please send email to inform us if you want to be an agent of our product in your region. We welcome agents from all over the world and we can discuss more about this if you’re interested. 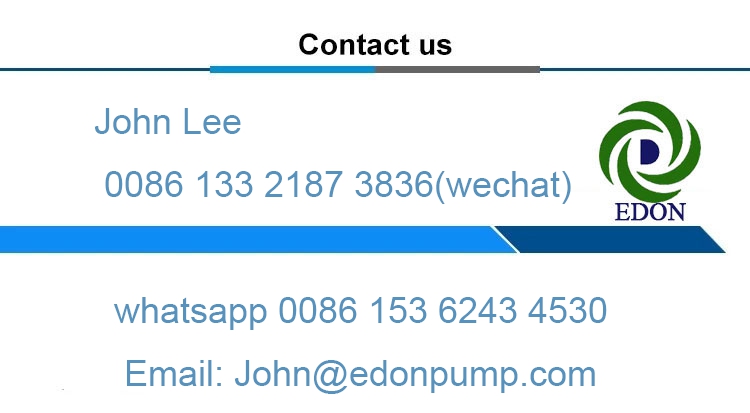 1.For food and chemical removal in pretreatment for waste water treatment

2.For recycling of high-grade paper fiber

4.For pretreatment of kitchen waste water containing oil and fat

5.For removing impurities from well water in preparation for various industries including semiconductor pure water production.

6.For treating water in pond or lake purification

7.For providing a micro-bubble bath at a hotel or the like

Micro Bubble Generator are operated with clean liquid. Pre-cleaned water in the recycle –flow process. Also during starting phase attention must be paid to the water cleanness.

Realize inflow conditions at pump inlet side. Make sure liquid is filled with pump body.

Select air flow measuring device with suitable metering range and with needle valve for optimal adjustment of the air flow.

Design inflow-pipe from air inlet to pump inlet flange in a short and horizontal way in order to ensure that always a constant water-air proportion arrives at the pump.

As solution line for dissolved air flotation a pipe line with larger nominal width will be suitable in order to achieve a retention period of approx. 1 minutes until pressure release.

If required, surplus air can be led away by means of a bubble separation at highest position before pressure release (pipe line with very small nominal width).

Initially pump is started according to the known operating instruction for pure water supply. Check the maximum pump pressure as per characteristic curve point by short-time closing of the pressure release valve while the bubble separation pipe is closed.

Reduce the rate of flow slightly at the inlet side by means of the throttle valve till a pressure (vacuum) between -0.2 and -0.3 bar is achieved at the suction side manometer. Open the air supply at the throttle valve and adjust the required air flow gradually at the needle valve. The operating pressure at the pressure side manometer decreases slightly. If necessary, re-adjust the vacuum at the pump inlet side in case that the required air flow will not be sucked in from the atmospheric air. In case of delivery stops the air flow has to be reduced accordingly.

In order to avoid large bubbles the gas contents must not exceed the physically possible solubility.

Other gases also can be charged considering the solubility. Differing methods also will be possible after consulting.

Our company has committed to researching, developing and producing Micro Bubble Generator and related products. We have an experienced research team to explore new technologies in this filed and design the productions accordingly and a professional sales team for the customers service. Our product has A-grade quality and achieved a good reputation worldwide. We currently have customers from Thailand, Indonesia, South Korea, Panama, Czech Republic, India and The United Arab Emirates etc.

The exhibition is mainly about all kinds of equipment that is used for environment protection.